Uprooting for a SEA Change

In which I really give notice 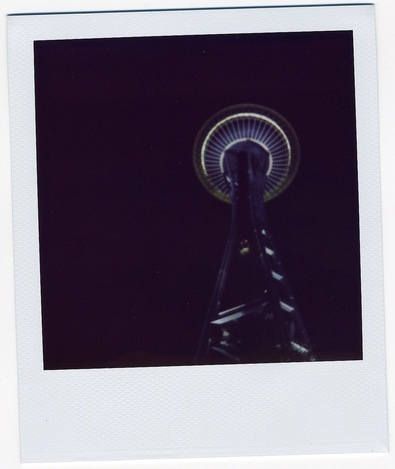 I'm very excited to share that my partner and I (as well as our pup, Pintxo) are relocating to Seattle, the city of my choice. We had talked about moving with no jobs if it came to it, but thankfully my very talented partner secured a fantastic position at a school at which she'll make great contributions. I don't yet have a position, having just officially given notice at my current position, but I do expect to find a good fit somewhere, doing my part to help make the internet a little better.

We're going to take three weeks to drive to the Seattle area, and once there, we have a week to find a place. We can't wait to get to know our new city!

While initially a sea change might be seen as happening over the course of our month-long journey to Seattle and subsequent transplanting, it's really been developing for years. I fell in love with Seattle as a graduate student. Unhappy with Florida for some time, Seattle became my ideal happy place. As I graduated and lost hope in finding a library job there, I became fixated on New York as the most suitable location for growing up and finding a library job, as I had many friends there and a couch to stay on. Before my summer move in 2008 occurred, I wound up falling in love, and though we both desired a move out of the south, we settled into jobs for as long as we could stand it. We grew restless, and found an outlet with designing our own camper van. With our camper van now complete, it was time for us to focus on moving, with or without jobs. Fortunately, my partner secured a great job that will afford us a little less stress as we acquaint ourselves with a new place and culture.

Life is funny. Sometimes life events line up in such a way that it almost seems by design, even though it isn't.Nearly two years ago, a family friend who works at a digital interactive agency gave me two job titles I should look at for moving beyond libraries, as I had burnt out after 6 years of post-grad library life. Soon after, the often intersecting worlds of Content Strategy and User Research consumed the world of my possibilities. I spent hours researching and absorbing the work of great Content Strategists.

I learned to be braver than I ever have before, namely in becoming a more open and sharing person online. Once, I had been a person who hid behind a fractured online personality, afraid to open my life and views to those I know (and don't). I resurrected the Twitter account I had started in May of 2008 and in 2012 began to follow content strategists, as well as others in the design world.

Towards the end of 2012, I made a promise to myself to attend Confab13. Little did I know how much it would cost out of pocket, but I reasoned that meeting contacts face to face and learning from experts would be much more valuable than going back to school (again). Though Confab was nerve-wracking at first, I soon realized many people were just as nervous and shy as me and I managed to get over a lot of my insecurities and make friends.

A year later, and I've just returned from volunteering at Confab14, just one month before we're set to move. It felt like an honor to give back to a conference and a gaggle of people who've been so encouraging to me. Besides my steadfast partner, for whom I would not be the person I am today, I would not be as optimistic about my abilities and outlook if it weren't for so many people I've had the good fortune of knowing.

For the friends I have made, and friends I will make, thank you (and I hope to SEA you soon).

You'll find me dabbling where business, technology, and content convene.